Posted by Kayla Romero on 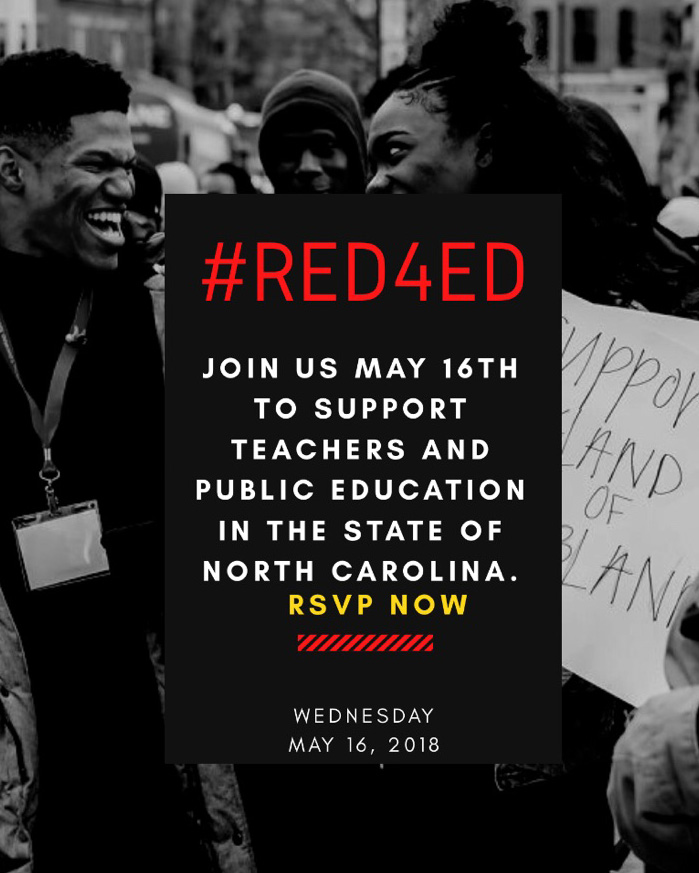 As a student your voice and leadership need to be seen and heard!

North Carolina is one of the worst in the country in the amount our elected leaders spend per student, more than $3,000 behind the national average. Imagine what $3,000 per child could mean for our students and their future. North Carolina ranks 35th for teacher pay, about $9,000 behind the national average.  When adjusting for inflation, educators are losing money (almost 12 percent)—the third worst in the country.

On May 16 we March for Students, we Rally for Respect, and we advocate for public schools while we also raise awareness for Tuition Equity as part of our current campaign.