The Hate U Give - SFER

The Hate U Give 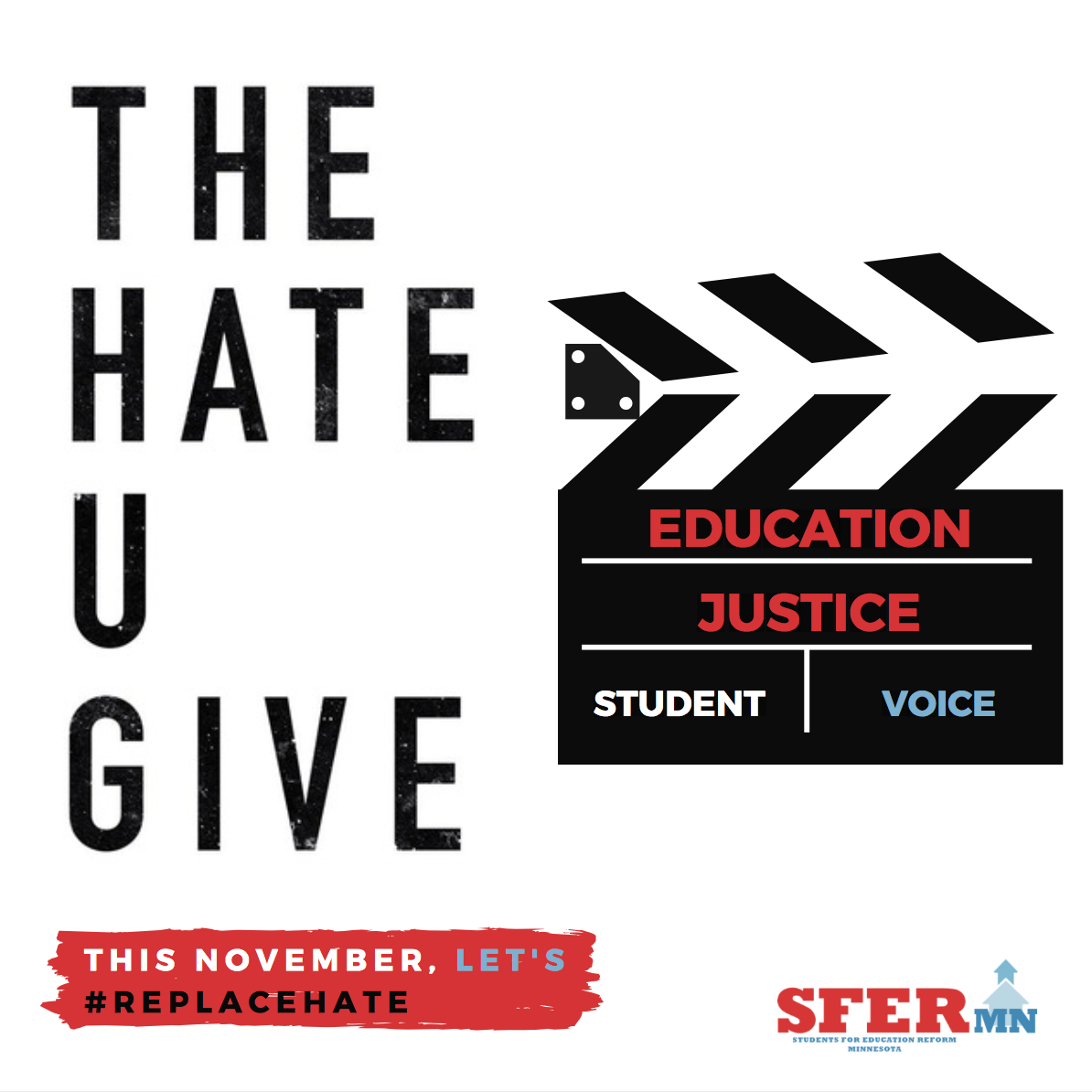 This hate has deep roots that have been here ever since America was founded. When minorities are treated with the hate their ancestors received, it proves that nothing much has really changed. Instead of thinking about groups of people in an inferior light, why don't we think of them as another person of the same species, with the same blood running through our veins, the same smile on our face, the same tears running down our cheek? Our differences are no more than skin color or the class we were born into; things none of us can control. 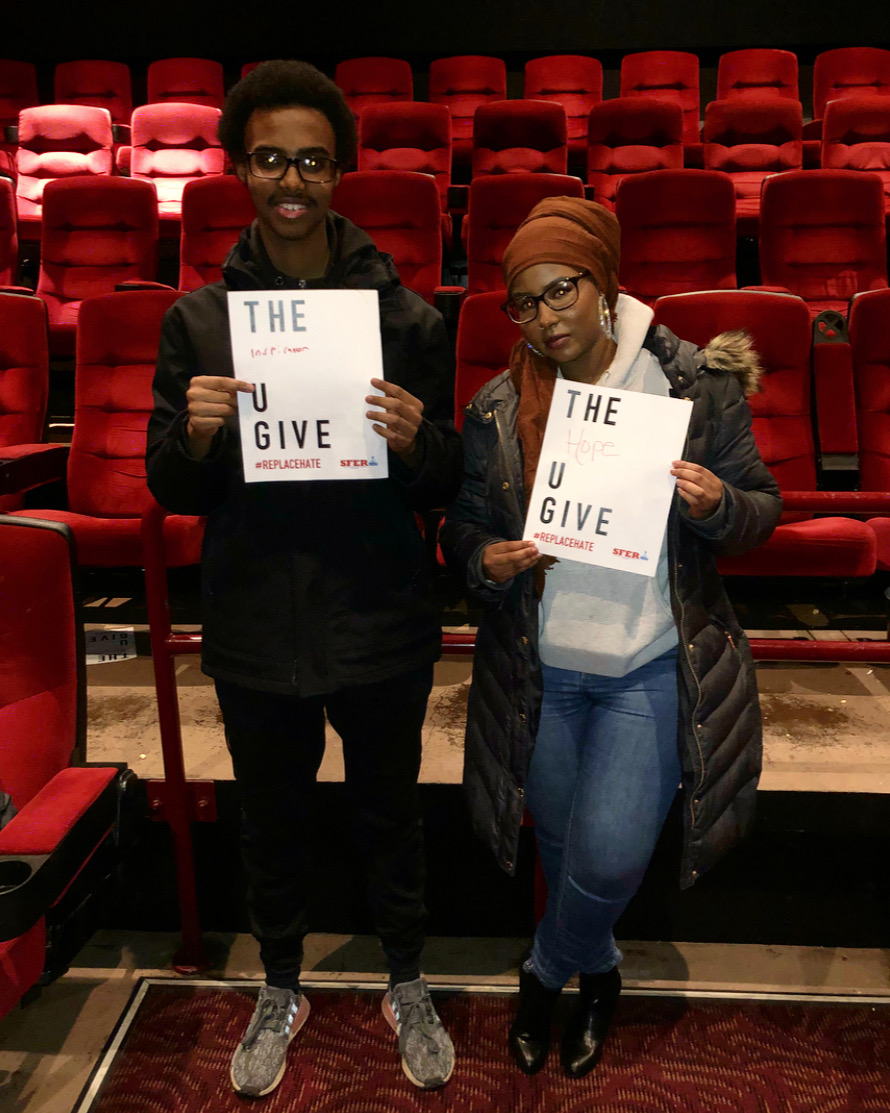 Osman and his sister Sumaya #ReplaceHate with inspiration + hope! 💯

A couple weeks ago, I joined 80+ students at AMC Rosedale for SFER MN's screening of The Hate U Give. The movie showed how our differences influence the way we are treated by the people who are supposed to protect us: police. Using a $10,000+ camera, the right lighting, and a fancy microphone on each actor, the story portrayed the real-life experience that so many of us students of color have faced -- but the hate anybody gives can be replaced by anything positive, and the chain reaction will just be ten-fold on the next generation. Now that hate is spreading like wildfire, think about if it was love instead. Imagine a world based in love. We young people in America have the power to make such a world. Giving hate isn't the way to do this; giving love is the only way to do this. As the movie references, Tupac once said "THUG LIFE: the hate u give little infants f**** everybody." However, if we substitute it for love, infants will learn how to give love, too; ultimately breaking the cycle of hate.

That starts with the place they spend their time, a place that constantly proves itself to show a lot of hate: school. If school is supposed to be about education, teaching youth everything they will need to know and practice in the real world, why are students greeted by police walking into their schools? With dogs baring their fangs as it shines against the bleak paint job the school has? Why are students ushered into their classrooms like prisoners being ushered into their cells? With some being forced to wear school uniforms, “fashion” inspired jumpsuits? 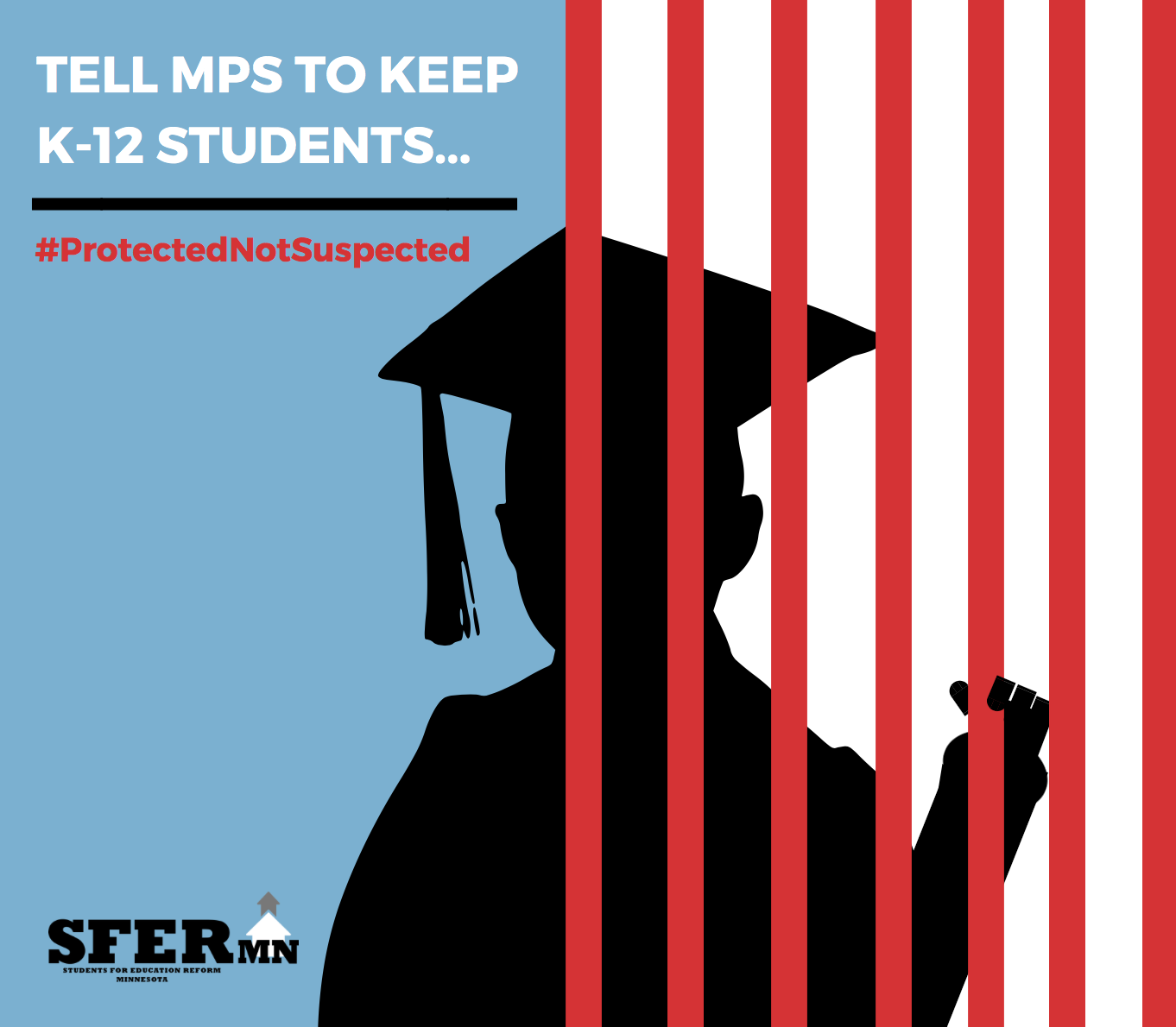 School, for a lot of students, is their only safe space -- a place they should be able to learn, make friends, and grow up free of fear. Students are supposed to make mistakes in school, mistakes that shouldn't be treated as criminal activity. From my experience, the police in my schools only came equipped with weapons, not the compassion, understanding, or resolution needed to help students grow. They are growing up... we are growing up! Fear of police shouldn't be why students avoid coming to school. Rather, students should be met with reasoning for why they shouldn't make certain mistakes with soft voices, open minds, and racial equity. They should be given other ways to resolve the mistakes they've made, or will make, without a criminal record.

Rethinking the role police play in our schools should be the first step toward making K-12 what it should be, instead of a jail for young kids who deserve to be #ProtectedNotSuspected. To make a difference and #ReplaceHate, I would like to personally invite you to join me in demanding Minneapolis Public Schools re-open their contract with the police department by February 1st. To me, signing this petition is an opportunity to work with the school board on this important safety issue. What would it mean for you? What is your replacement for hate? How will you help create a world rooted in love?

SIGN OUR MPS POLICE IN SCHOOLS PETITION BELOW ⬇️⬇️⬇️