US Education Secretary and professional grizzly bear wrangler Betsy DeVos threw some serious shade at her first federal Education policy talk in like, a hot minute.

DeVos delivered a speech at the American Enterprise Institute (AKA Washington DC’s secret libertarian hideout) on what she sees as federal overreach in education over the last two administrations. Bush 43 and Obama.

DeVos was pulling punches and taking no prisoners. this was a big window into WTF the philosophy of the US Department of Education will be.

Here’s a non-boring breakdown of the drama, and some thoughts from me. Jon. Load Iframe @me and tell me what you think.

Has the Federal government overstepped its boundaries?

Betsy DeVos really, really thinks so. Like a lot. If she could, she’d put an electric shock collar on all the federal education people that zaps them anytime they sneeze, blink, or even think about regulating anything.

Good news is, we learned how DeVos sees her job, which is “Ima chill for like 4 years and the states can handle it.” But the problem is – the states aren’t handling it. All 50 states had to submit plans to the Feds about how they were going to hold schools accountable, and on the whole they weren’t very good. Missed opportunity for sure and you can learn more about that stuff here.

Why should I care? Well, we believe that the Federal Ed department has a role to play in protecting kids that historically haven’t been served (call us crazy). Low-income students, English language learners, kids stuck in bad schools, etc. have been left behind by their states and districts. In order to know what’s happening, we need accountability for those kids. We can debate how much, and to what degree, but Betsy, you can’t just go to the metaphorical beach for 4 years. We're payin’ your salary.

Okay so, the Common Core Standards were an Obama era policy that defined learning objectives that states could adopt in exchange for federal money. Sounds simple enough, but it was met with a media shit storm and it blew up on the internet when people who didn’t understand what it was were convinced it made you do math upside down, or turned kids gay (spoiler: it did neither).

There were some legit concerns about the standards, but states had so much flexibility to add whatever their little hearts desired to them. They got a rep as overly prescriptive to

DeVos says Common Core is “dead” but the secret is, it’s gone in name only. We still have standards. And guess what – of the states that made changes to the federal standards they only changed about 25% of them. So states have different names that don’t sound as (apparently) evil as Common Core – but shhhhhh they are all 75% Common Core. 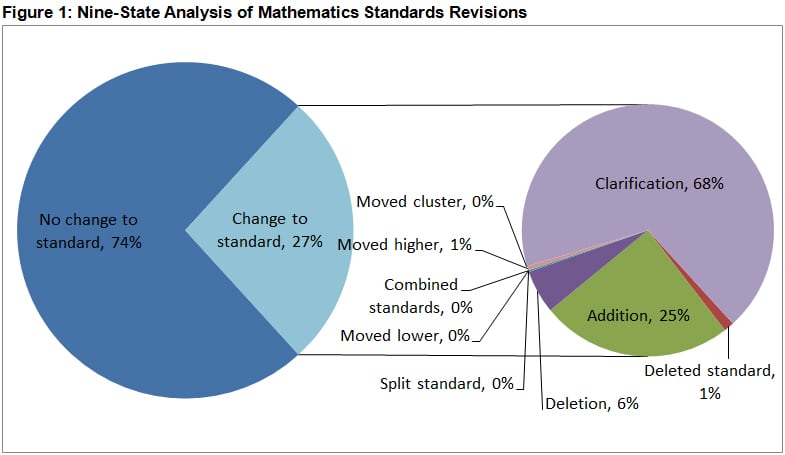 Why should I care? Honestly, the Common Core Standards were just flat out more rigorous than the BS many of the states were using before. They held kids to a higher standard of college and career readiness and I’d argue, drove a national shift to higher expectations.

Okay so, like, what can I do to help? The federal Department isn't taking much interest in providing and equitable education for all kids. This fight needs to be brought down to our school districts since we sure as hell can't expect the Trump/DeVos team to make progress. We need to organize. If you sign up here an organizer in your city doing local work to that sets the standards high for all kids will hit you up and get you plugged in. What are you waiting for?